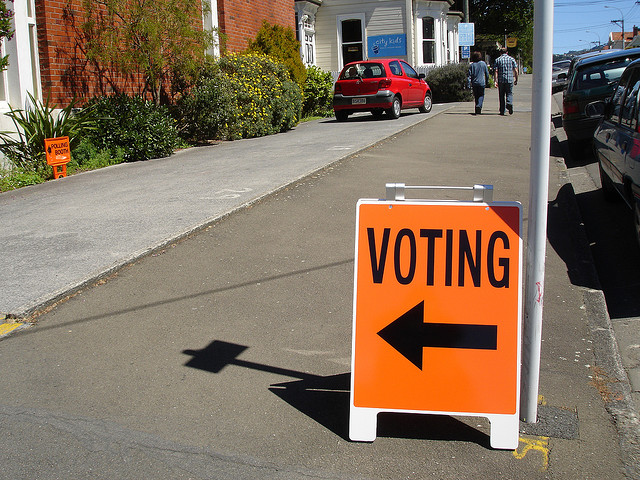 The United Methodist Church is a representative democratic institution, meaning that ~ 800 delegates from the United Methodist region meet every four years to vote on its doctrine and policy at the General Conference. The next is in August 2022, postponed from May 2020 due to the COVID-19 pandemic.

Although the UMC is not actually representative or democratic, and plays a system of counting dead people to increase representation, it tries to be, which means that the regions elect delegates to the General Conference every few years (it’s like the House of Representatives in the United States government). In recent years, it has become increasingly polarized, politicized and broken as a governing body.

What would happen if, instead of reforming the General Conference, we reform the way we elect delegates, turning the GC from the bottom up??

The 2020 season of Malcolm Gladwell’s podcast Revisionist history included an interview with Adam Cronkright, an advocate of a new electoral system implemented by activists in Bolivia: democratic lotteries. Basically, it is an electoral system that would put anyone who is interested in the chosen position in their hat, and then choose at random until the seats are filled. And those randomly selected people would be your leaders or representatives for that term.

The idea is that if you really wanted a representative election, a random sample is more representative than a choice of career politicians running a campaign better than others.

This made me wonder about my own system of electing delegates to the General Conference. Is a random lottery better than a career, of multiple-elected delegates like we seem to have?

I have worked on advocating for general conferences since 2004, usually with clubs of MPs promoting progressive agenda items. Much of that work involves working with delegates, knowing “who’s who” in General Conference delegations, and working with them to come up with specific plans.

And I can tell you, after working on the lists of members and delegate lists since 2004, that there are many names each list each years. You see them in the biographies of people who claim to have been elected to General Conference delegations for 8, 12, 16 years or more. These are people with name recognition who are always elected at the General Conference, and annual conferences are used to seeing them, so of course they usually win.

This system makes some sense. When you ask people to serve as legislators to find common ground and make policies or proposals, relationships are important. The longer you are in the legislature or review body, the more relationships you have, the more people you meet, the better you understand this secret and serpentine system, and the more efficient you can be.

The system is adapted for re-delegates, but that doesn’t mean it is only system.

Full data disclosure: This is a personal topic for me. I was twice elected reserve delegate to the General Conference: 2016 and for now 2022 GC. So, yes, my thoughts would directly affect me and de privilege me.

I am not saying that repeated delegates do not deserve their positions. They have the majority of votes of their peers, their peers want to represent their region. I think it’s great, and as a recurring voter, I’m grateful for that support and I’m trying to appreciate it.

But part of respecting my choice involves criticizing the system even when I am a user of it.

So my question today is “Is there a better system for electing general conference delegates than we have?“If so, can it be a democratic lottery experiment?

Adam Cronkright and others were advocates, and implementers and evaluators had a democratic lottery in Bolivia, mostly in schools where students are willing to participate in various processes to select their student councils. Now you’d think that means random sampling means you’re not getting people of very good quality. But in practice, Cronkright and his team found the opposite:

Adam Cronkright began transferring a version of this process to various schools – starting in Bolivia – to change their student council selection process. He found that several different things change when the election process is randomized. First, many more people want to actually * get * the job done than they want * to ask people to vote for them * to get the job done. Second, when people who are non-traditional to do the job are chosen, it changes their job. For example, instead of student governments in Bolivia planning dances and parades, these hold fundraising to help fight human trafficking and sponsor community festivals. And three, even the most experienced, professional people on site (i.e. teachers and school management in those schools) are often surprised and / or mistaken about how efficient or ineffective different people are in the job when they get it. The traditional view of what makes a great school leader – composure, communication skills, charisma – does not always have to be about a team player, a willingness to thankless jobs and looking beyond one’s own experience in choosing important things to work on.

DRIVE an office is not always the same set of skills as DRIVE an Office. We have seen this work well in certain contexts. Can it work with us?

However, this is not all accidental. There are two key factors that protect the democratic lottery:

Counterpoint: That would hurt the curated, different delegations

A random lottery, however, could interrupt a series of career delegates, would have a negative impact on an underrepresented population.

My delegation is a fascinating example. There are 11 of us in the general and competent delegation. We have more colored and LGBTQ + people. We are the vast majority of women, decent differences in age. There is great diversity in our lineup, even if two GC delegates are elected from the same local church for 2022 (slightly better than three from the same local church in 2016!).

The people who chose my delegation were deliberately targeting people who are not the demographic majority at our annual conference. In our delegation there are more represented BIPOC and LGBTQ + persons than the general population of UM at our conference. I am immensely grateful.

So then we ask: Would a random drawing give a similar result? Unfortunately, statistics say no, they wouldn’t, especially on the clergy side. There are a number of obstacles to BIPOC and LGBTQ + people becoming priests, and significant biases towards women as well as clergy, so their numbers are significantly lower than those of white men. Thus, if it were a random sample, the probability of equal or higher representation would be far less than on a democratically elected list.

A random sample would not give a level of diversity when the pool it represents against all the protected classes that entered the pool at all. And this is extremely problematic for conferences that invest hard work in deliberately directing historically underrepresented demographics into their leadership and choices.

Gladwell concludes the episode by exploring two-step approaches to this type of choice that could solve the curated problem of chance:

It is possible that this would require a reverse Republican strategy: to put more barriers in front of the dominant culture (i.e., equal white men like me) and fewer restrictions on minority perspectives (or increase their number in the group). While this may somewhat level the playing field, I admit that I am not sure how to do it in practice.

Something needs to be given in our representative leadership. It may happen that the introduction of random representation could break old divisions – or completely distract us from our values, given that an increasing number of lay people and clergy cannot articulate Wesley’s values ​​or have rejected them altogether. It is unlikely to be accepted by any annual conference, whose governing structure often includes those same career delegates.

But if so, the time is now and the opportunity is there. Annual conferences, local churches, all the way to elections for the General Conference have a wide freedom of choice HOW they elect delegates. We have a few months until the next season of annual conferences: is it time to examine the rules of the conference and propose a hybrid approach to representation in conference committees and agencies, and to set up a new way of electing a general and competent representative at your conference?

Thank you for reading, commenting, subscribing and sharing on social media.