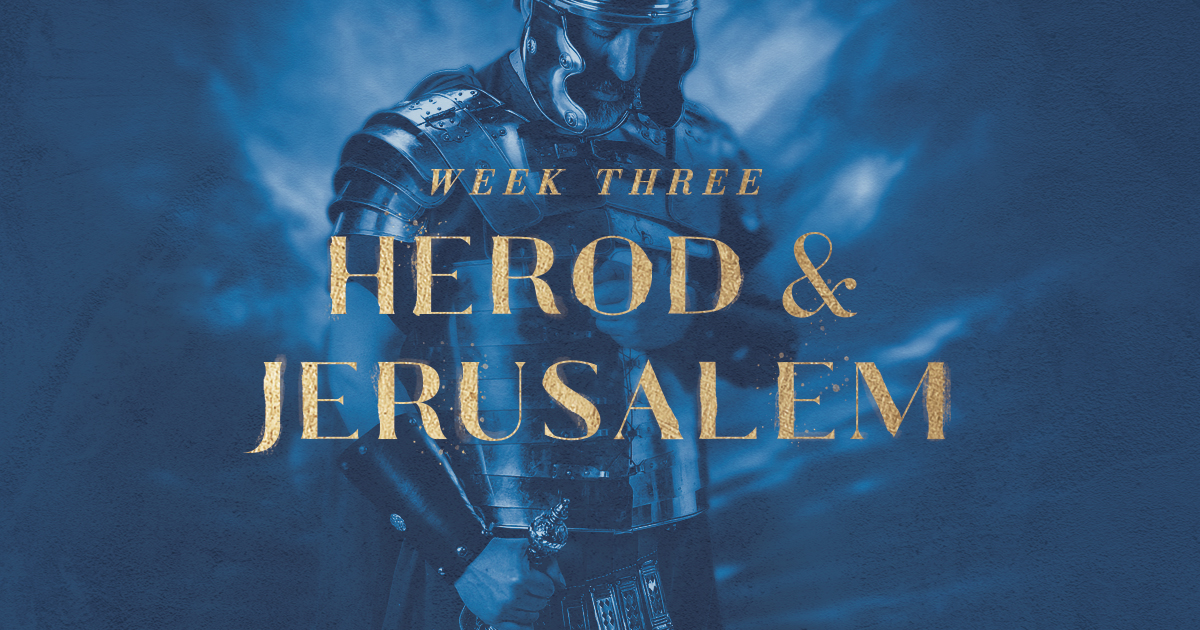 This Christmas Will Graham watches how people in the Bible react to the birth of Jesus. This piety is taken from his book, In the Presence of the King.

Don’t miss the questions and prayer at the end as you consider your answer to Christ.

Although the birth of Jesus brought joy and peace to Mary and the shepherds, it was the worst case scenario for King Herod. Through extensive alliances, play, and innovation, Herod had a generally successful reign as king, but was nearing the end of his life and became paranoid, jealous, angry, and disordered.

He was so desperate to maintain his throne that he killed anyone he considered a threat, especially his family. He is said to have killed his beloved wife Mariamna and her two sons, as well as her brother, mother and grandfather, before finally killing his firstborn son Antipater.

Given this, it is no wonder that Herod was frightened when the wise men from the east arrived in Jerusalem and asked, “Where is he who was born king of the Jews?”

I can imagine Herod bringing a strained smile to his face as he talked to the mages. “Go and look carefully for the little child, and when you find Him, let me know, that I too may come and worship Him,” he lied, trying to hide the hatred and fear that boiled over him.

He probably waved amiably to the sages before apologizing to the back room where his temper exploded. I imagine him throwing priceless vases and tearing his clothes, tearing tapestries off the wall and overturning tables. Eventually he collapsed on his throne, breathing hard, not staring at anything in particular. “How can this be?” I’m the king! Nobody-nobody“He will take my throne!” He will die first! ”

All he had to do was wait for the strangers to find the baby and report to him. He will then take care of this issue before the boy is old enough to crawl.

We know the emotions Herod felt, but we are also told in this passage that the whole of Jerusalem was troubled. They knew enough about Herod to understand that he would shed innocent blood trying to protect his throne.

That, of course, happened. After the sages were warned of Herod and fled from Jerusalem without returning to him, the king devised an evil, murderous conspiracy. In a last-ditch attempt to prevent this potential rebellion, he massacred all the two-year-old boys and below in and around Bethlehem. Many innocent children died, many families were destroyed and ruined, due to the actions of King Herod.

The coming of Christ greatly disturbed Herod, to the point of violence, because it meant a change of government. He was used to having all the power and things in a certain way. He aggressively defended his power and kingdom. But the birth of Jesus – the King of the Jews – meant he could lose what he loved.

What sits on the throne of your heart this year? What things do you exalt above Jesus in your life? Maybe it’s your job, your relationships, your hobbies or your vices? Maybe you live in a way you know he’s not comfortable with? Don’t make the same mistake as Herod. Recognize that Christ is the King and give him all control over your life today.

prayer: Dear Jesus, forgive me for not giving You complete control over my life. Help me to turn away from things that hinder my faith and walk completely committed to Your light. I pray in your name, Amen.

Are you ready to focus fully on Jesus? Decide to place Him on the throne of your heart today.

And it came to pass, when Jesus was born in Bethlehem of Judaea in the days of Herod the king, behold, there came wise men from the east to Jerusalem.

2 saying, “Where is the King of the Jews born? For we have seen his star in the east, and are come to worship him.

3 When Herod the King heard this, and all Jerusalem with him was troubled.