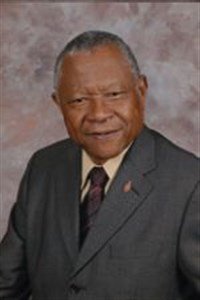 David Scott recently wrote a blog post asking how the decline of democracy and growing authoritarianism will affect the United Methodist Church. Robert Hunt responded in a comment that while it is a good question, it is “an equally good question whether Methodists have any influence in opposing authoritarian regimes and promoting democracy.”

Dr. Hunt suggested that “most Methodist leaders and their followers are either detached from politics or are actually comfortable with authoritarian leaders – as long as they do not directly affect Methodist life.” I am sad to say that I agree with the assumption of Dr. The junta that church leaders today are probably fine with trends toward authoritarian governments as long as they continue to benefit or refrain from major interference in religious practices or services.

There were, however, moments in the history of the United Methodist Church when the opposite was true – when the Methodists worked to oppose political domination and in the name of freedom. The era of decolonization was just such an era.

Liberation movements in the late colonial period were supported and even led by church leaders in their struggle to define and achieve self-determining rule as their postcolonial reality. There was no great trust in democracy as an antidote to colonialism, given the history of cooperation between democracies and colonial authorities. Instead, independence movements sought inspired leaders in indigenous sources and found some in mission-founding churches, such as the UMC, that had successful educational programs to create them.

In Mozambique, Methodist-educated Eduardo Chivambo Mondlane became the first black Mozambican of his generation to enroll at the University of Lisbon, where he collaborated with other African students involved in the formation of national liberation movements. He was the founder and first president of the Mozambican Liberation Front (FRELIMO), a political and military movement that eventually succeeded in overthrowing the Portuguese dictator Salazar and establishing the first postcolonial government in Mozambique.

UMC has experienced opportunities to collaborate with the new government of Mozambique, which has benefited from their educational and social programs. Debt to Methodist Mondlane, who fell before the assassin, was often recognized in ceremonial occasions when United Methodist leaders in the country and government officials shared the same public platforms.

In Angola, dr. Agoutino Neto, a doctor of medicine, son of a United Methodist pastor, and a former crusader scholar like Mondlane, became head of the People’s Movement for the Liberation of Angola. He had a deep vision of a self-determining alternative to Portuguese control and worked to plant it village by village, a process in which countless United Methodists gave leadership, sometimes resulting in death and imprisonment. Along with Net’s imprisonment was the imprisonment of the Rev. Emilio de Carvalho, the first indigenous bishop of the UMC in Angola. The MPLA has today become and remains the ruling party despite long-standing civic and rebel challenges that reflect the political interests of the Cold War in the region.

The governments of no country today rank high on the scale of democratic influence, although they are moving in that direction every decade. But it is their departure from controlling colonial rule through leadership derived from church leaders and members who have sacrificed their lives for a new future and hope for their people that is worth remembering as we look at current trends in governance patterns that may seem daunting. .

Will this history reappear in the critical contexts in which UMC is engaged? He would hope that activity within the denomination base in the United States will give some signs of awakening to nationalism. If the charisma of a church leader is needed, we should pray for a return like Bishop G. Bromley Oxnam who was a militant against political repression during the Red Scare period of the late 1940s and ’50s.

But the current trend toward authoritarianism has been embraced and successfully led by evangelical groups who are not ashamed to support self-serving political strategies instead of advocating for or protecting the goodwill of all who are governed. They have yet to be challenged by the major churches that carry the Oxnam heritage, but choose silence. Will United Methodists remain silent in the face of such a slide towards authoritarianism?