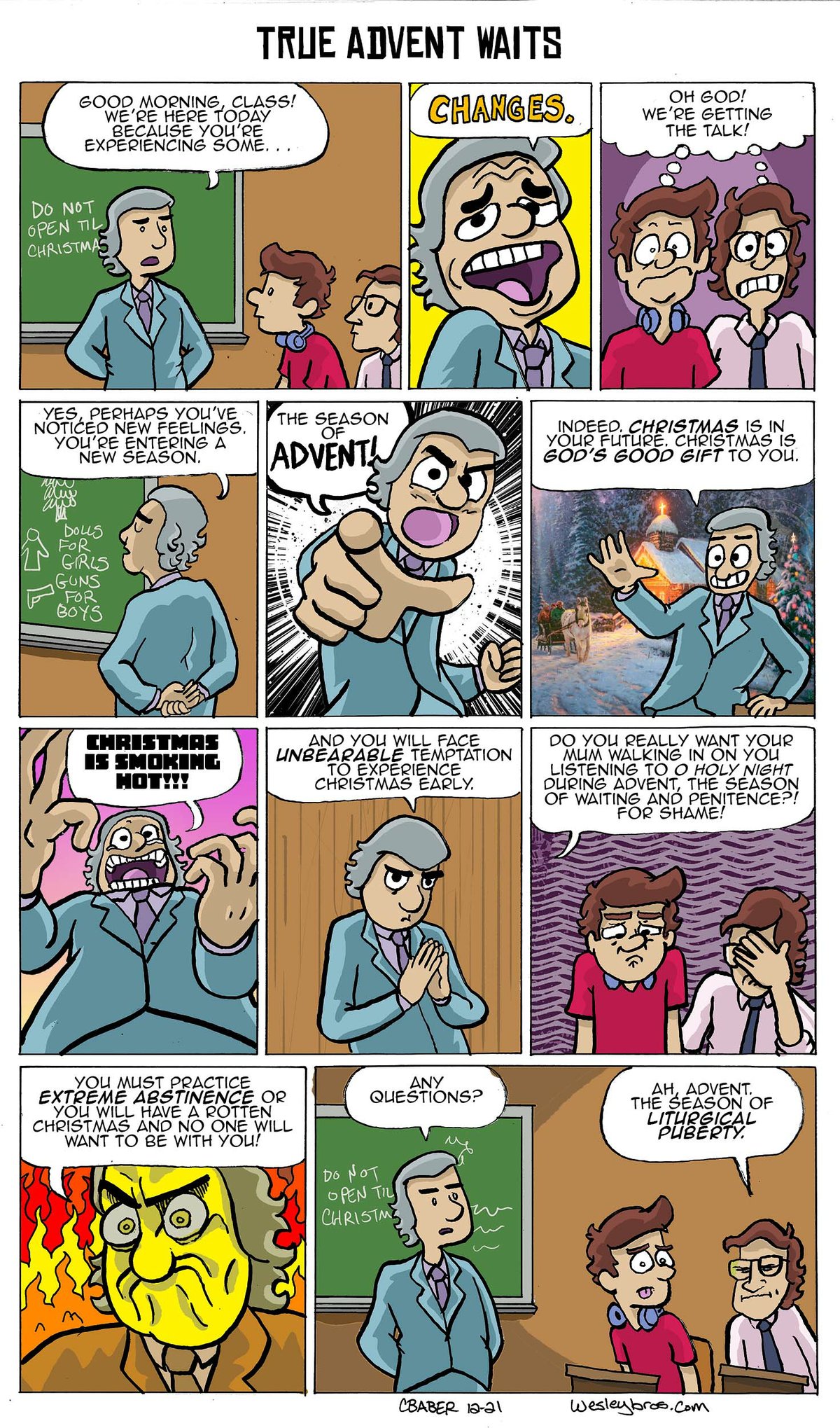 I know some of you have been listening to “All I Want For Christmas Is You” since the day after Halloween. You know who you are! The church is currently in the liturgical time of Advent. It is a time of waiting and preparation for the celebration of the Nativity of Christ. It is also a time of anticipation of the return of Christ. Waiting and longing for the coming of the Messiah has been a long tradition in ancient Israel. This is a season already-not-yet, but we have been experiencing hope, peace, joy and love since the first coming of Christ. Yet we await Christ’s triumphant return where the world will be corrected.

Speaking of waiting, as a teenager in a 90s church, I got a big dose of purity culture. If you’re not familiar with this, many conservative Christian churches have taught teens a very distorted view of sexuality that was rooted in patriarchy and control. You’ve probably heard of the True Love Waits movement, where daughters pledged their innocence until marriage and wore rings of vows as an outward sign of their morals. A book by Joshua Harris I Kissed Dating Goodbye became a barometer for a truly spiritual young person, who refused casual relationships and instead only courted a future partner. You were really holy if you didn’t even kiss until the wedding day. And the guarantee was that a pure and prayerful person would live happily ever after and suddenly, magically, have the best sex life after they get married.

On the other hand, anyone who entered into premarital sex was considered a damaged slave. Your body is not yours, it belongs to your future spouse, and why would they want chewed gum or a torn rose? Above all, the culture of chastity has maintained patriarchal stereotypes that men have insatiable sexual urges and women are mostly asexual, so it is up to women to be modest to protect men from themselves, and it is up to women to perform in the bedroom whenever their husband demands it. . The culture of chastity is fundamentally rooted in shame, blaming victims and reminding women, and for men it has either resulted in misogynistic rights or a complete fear that their sexual urges will send them to hell.

But what I AM a fan of is combining a culture of purity with Advent in this week’s funny comic! They are both just waiting! And I’m sure we all know at least one Adventist purist who gets angry when he hears a Christmas carol before December 25th! I hope you enjoy!