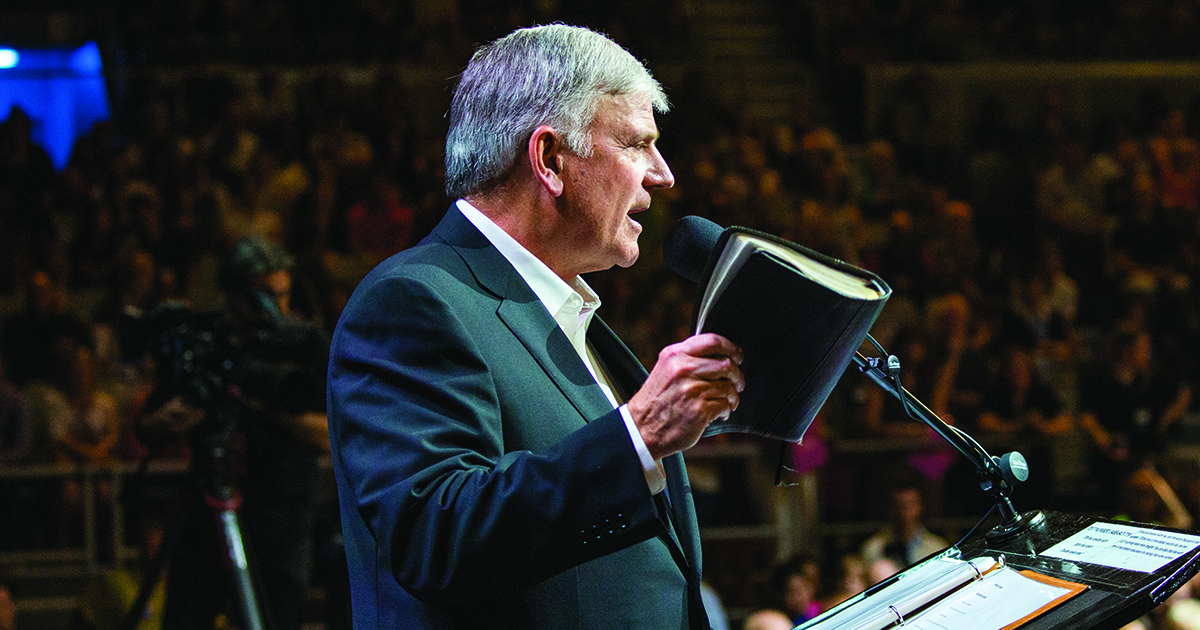 Like many Americans, I was horrified and sick of the images of desperate Afghan citizens clinging to the landing gear of a C-47 transport plane at Kabul airport as they tried to escape the return of the brutal Taliban rule.

When the news arrived that 13 U.S. soldiers had been killed by suicide bombers, my heart broke. I could only think of wives and husbands, parents, brothers, sisters, sons and daughters, aunts and uncles, who will never see their loved ones again.

It was hard to swallow because the administration promised us that this exodus from Afghanistan “will not be Saigon”. Well, the mass chaos and memorable scenes were far worse than the scenes of the South Vietnamese boarding a lone American helicopter. And the deaths of our brave and courageous members of the military along with hundreds of Afghans have certainly shattered the notion that no one dies.

“My hope and prayer is that the Lord will improve our faith by refusing to compromise or surrender to ungodly forces. May we – like those who endure endless and often deadly attacks because of their faith – be known as the ‘people of the Cross’ who follow Jesus, no matter the cost. ”

Samaritan’s Purse worked a lot in that country, and my son Edward served in the six military forces there as a military ranger. We were able to work through several partners in the region to help evacuate hundreds of people to safety, including at least 80 missionary families.

In the days to come, we must remember the American citizens who are still trapped there and pray that our country keeps its promise not to leave anyone behind. We must also pray for the Afghan Christians who are now in great danger from the new Taliban regime.

Christians in that part of the world are called “people from the book,” referring to the Bible.

They were also called “people of the Cross”. They live and often die at the hands of their neighbors as men and women who lived under the glorious shadow of the cross of their Savior, the Lord Jesus Christ.

When Libyan Islamic militants released footage of the martyrdom of 21 Coptic Christians a few years ago, the video contained a caption that said – “People from the Cross, followers of the hostile Egyptian church.” Each of them was identified as “the people of the Cross.”

Here in America we often see believers wearing the symbol of the cross around their necks. That’s fine, but we must understand that the cross in Roman times was reserved as a heinous punishment for violators of Roman law. It was a public spectacle that was supposed to provoke fear and dread from observers. It was a brutal execution ever invented by man, and death often lasted many hours – sometimes days.

Yet our Lord Jesus Christ turned this instrument of torture and shame into a symbol of life-changing victory.

This is how the late, famous English preacher John Stott described the central place of the Cross: “With his death he wanted us to remember him above all else. There is certainly no Christian without a cross. If the cross is not a central part of our religion, ours is not the religion of Jesus. ”

The Apostle Paul preached only one gospel, the power and forgiveness of the Cross:

“For the message of the cross is foolishness to them that perish: but unto us which are saved it is the power of God” (1 Corinthians 1:18).

Wherever I go to proclaim the Word of God, I preach the Cross of the Lord Jesus Christ, where His blood is shed for the remission of my sins. You cannot preach the Gospel without preaching the Cross. He humiliates people to realize their sinful condition and offers the only way to the Father.

I mean the verses of Isaac Watts:

“When I look at the miraculous cross
On which the Prince of Glory died,
I count my richest gain, but a loss,
And pour contempt on all my pride. ”

I hope that we will come here in the still relative comfort of America to boast only of the cross of Christ, learning to take up our cross daily where we die in our old selfish, sinful ways and follow Jesus wherever He leads.

I feel that the day will come when the persecution for living our faith will be far more intense and ubiquitous. Already the moral precepts of Christianity that once underpinned our civil society dealt serious blows to secular, atheist progressives who sought to remove every trace of religious faith.

I hope and pray that the Lord will refine our faith by refusing to compromise or surrendering to ungodly forces. May we – like those who endure endless and often deadly attacks because of their faith – be known as “people of the Cross” who follow Jesus, no matter the cost.

And no matter how we feel about our decision to leave Afghanistan, we are now facing more than a hundred thousand evacuees who, after being screened, will be scattered across locations around the world.

A number of them will be relocated here to America. Many of them will never hear of the saving gospel of faith and repentance in Christ, and most grew up in a strong Islamic culture where converting to Christianity meant rejection from family and friends — and often death. I believe this is a great opportunity for the church to step forward and serve its needs in the name of Jesus.

Quotes from Scripture are taken from the Holy Bible, a version of the new King James.

Carl Trueman and the Evangelical Mind

Liverpool Scousers, others stand for Jesus