The NCC announces awards to leaders of Christian unity 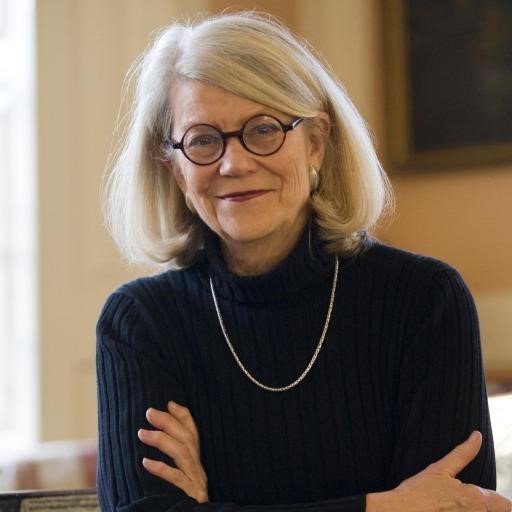 The National Council of Christ’s Churches in the United States (NCC) has announced its winners of the 2021 Christian Unity Gathering Awards.

Member of the United Methodist Church Harvard Epworth in Cambridge, Mass., Dr. Eck is a native of Montana and has taught at Harvard since 1976. She is Professor of Comparative Religion and Indian Studies and Professor of Law and Psychiatry at the Frederic Wertham Society at Harvard University. She works in the departments of religion and South Asian studies at the Faculty of Arts and Sciences, and is also a member of the Faculty of Deities. For twenty years Professor Eck was dean of the faculty at Lowell House, one of twelve undergraduate apartment buildings at Harvard.

She graduated from Smith College (1967) in the field of religion, received her master’s degree from the School of Oriental and African Studies at the University of London (1968) in the history of South Asia, and her doctorate. from Harvard University (1976) in the comparative study of religion.

The book by dr. Ecka,Encounter with God: A Spiritual Journey from Bozeman to Banaras(Beacon Press, 1993), studies the issue of religious difference in the context of Christian theology and the comparative study of religion. It deals with issues of the Christian faith in a world of many religions and, more broadly, issues of religious diversity that challenge people of every faith. Encounter with God won the 1994 Melcher Prize for the book of the Unitarian Universalist Association and the 1995 Louisville Grawemeyer Prize for Religion, awarded for work that reflects significant advances in our understanding of religion. Her book,New Religious America: How the “Christian Land” became the most religious nation in the world(Harper San Francisco 2001) addresses the challenges for the United States of a more complex religious landscape in the post-1965 period of renewed immigration.

In 1996, dr. Eck has been appointed to the State Department’s Advisory Board for Religious Freedom Abroad, a 20-member commission tasked with advising the secretary of state on strengthening and protecting religious freedom in the overall human rights context. In 1998, Eck received a National Humanitarian Medal and a National Humanities Foundation from President Clinton for her work on American religious pluralism. In 2002, she received the American Academy of Religion Martin Marty Award for Public Understanding of Religion. In 2003, she received the Governor’s Award for the Humanities of the Montana Humanities Council in her home state of Montana. From 2005 to 2006, dr. Eck was president of the American Academy of Religion. In 2009, she gave Gifford lectures at the University of Edinburgh.

Dr. Williams-Skinner is the CEO and co-founder of the Skinner Leadership Institute and is a trusted advisor, public policy strategist, religion and community leader, author, lecturer, educator, executive coach and mentor. It has left an indelible mark on American public policy, government, diversity and community relations. She and her late husband Tom Skinner founded the Black Caucus Foundation’s prayer breakfast, which attracts over 3,000 leaders nationwide each year. He regularly works with interfaith leaders on issues such as voting rights, health care, and criminal justice reform.

Widely known as a devoted prayer warrior, the Rev. Dr. Williams-Skinner regularly prays for and with Congress leaders and sends many Bibles. She is the co-founder of the Millennium Leadership Program – the Master Series for Prominent Leaders – which empowers millennial leaders to move to the next levels of their lives and careers while addressing the needs of those at risk. The program is now 13 years old and has graduated from over 180 young leaders.

Sister Campbell was the Executive Director of the NETWORK from 2004 to 2021. She is a religious leader, lawyer and poet with extensive experience in public policy and advocating for systemic change. She has lobbied on issues of economic justice, immigration reform and health care. She is a noted speaker and educator on these public policy issues.

During the congressional debate on health care reform in 2010, she wrote the famous “letter of the nuns” supporting the reform proposal and persuaded 59 leaders of Catholic sisters. Many considered this action critical in the enactment of the Affordable Care Act. President Obama thanked her and invited her to the signing ceremony.

She has led six “Sisters on the Bus” international trips, focusing on economic justice, comprehensive immigration reform and voter turnout.

Sister Simone has been frequently featured in domestic and international media, including appearances on the show 60 Minutes, The Colbert Report and The Daily Show with Jon Stewart.

She has won numerous awards, including the Franklin D. Roosevelt Four Freedoms Award and the Defender of Democracy Award from international parliamentarians for global action. In addition, she has been a keynote or prominent speaker at a number of major gatherings, including the 2012 Democratic National Convention.

She is also the authorNun on the Bus: How We Can All Create Hope, Change, and Community, published in April 2014 by HarperCollins.

For more information on these award winners, visit the NCC website at this link.

For a complete schedule of Christian unity gatherings, including presentations, sessions, panelists, and speakers, visit the NCC website.