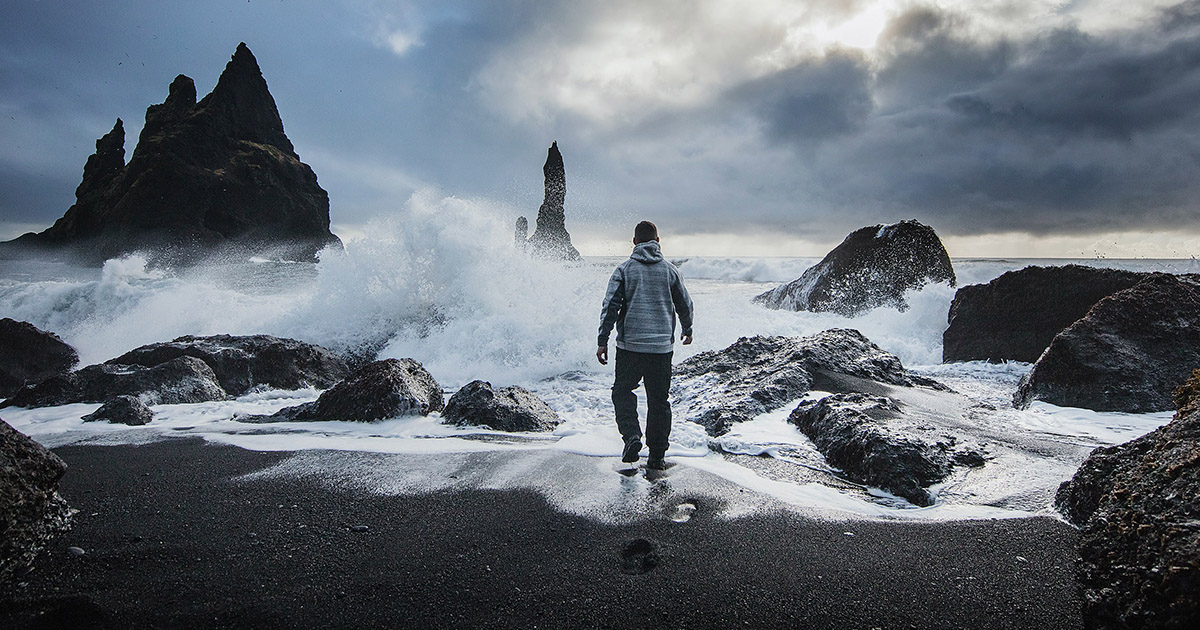 We live in a sin-sick and dark world. This statement shouldn’t come as a surprise to you, especially if you’re reading it as a follower of Jesus Christ. All around us are people — from family to co-workers to celebrities — trying to push a sin-filled, post-Christian worldview.

Sadly, many in our churches are also falling for the lie that there are no consequences to our son. After all, if Christ died for our sins, why can’t we just go on sinning? The price has been paid.

Of course, sin does matter. Our son — yours and mine — is what Jesus drove to the cross. It’s hard to consider the suffering He endured on our behalf and not recognize the gravity of sin.

The first chapter of Jonah is a prime example of the consequences of our son. We all know the story:

God commanded the prophet Jonah: “Arise, go to Ninevah, that great city, and cry out against it” (Jonah 1: 2).

Nineveh was at one time considered the largest city in the world. However, it is not called “great” simply because of its size, but also because of its son. The city was notorious for its violence. It’s no wonder that when Jonah got the message, he went in the opposite direction.

Was he scared? Perhaps, but we also know that he did not want Nineveh to experience God’s forgiveness (Jonah 3:10, 4: 1-2). Instead Jonah ran away from Ninevah, ultimately ending up on the sea and being tossed overboard, finding himself in the “belly of the fish” (Jonah 1:17).

What can we learn from Jonah’s tumultuous journey?

First, sin causes us to flee from the Lord. Twice in verse 3 alone, we are told plainly that Jonah was trying to escape the “presence of the Lord.” It is alluded to again in verse 10. Jonah went to Joppa, paid the fare and got on the boat.

It’s interesting that this prophet, who conversed with Almighty God, thought he could escape the presence of the Lord by physically moving from one place to another. How often, however, do we do the same thing spiritually? Sin causes us to spend less time studying the Bible and less time in prayer, moving away from the presence of God in our lives.

Second, our sin will affect others. Jonah’s son so impacted the experienced sailors that they were scared to death. They had never seen a storm like this, and they were forced to throw their cargo (ie their income) into the sea as the ship was breaking apart. Further, when they learned that Jonah was the cause of the storm, they were forced into the position of having to make a heartbreaking life-or-death decision.

Similarly, you may think that your son isn’t harming anybody, but that’s not the case. Your spouse, children, colleagues or church are likely to be impacted, whether you or they realize it.

Third, sin can bring a false sense of peace. Even in the midst of the huge storm — as the sailors frantically unloaded their ship and cried out to pagan gods — Jonah slept soundly in the bottom of the boat.

One of the worst things we can do is use “peace” as a determining factor in judging if we are in the middle of God’s will. You may feel like you’re getting away with your son, or that it’s no big deal, but it will eventually rear its ugly head.

Finally, sin will take us where we don’t want to go. Because Jonah disobeyed God, he found himself in the midst of a storm in the middle of the Mediterranean Sea. Ultimately he was thrown overboard into the sea, and — by verse 17 — he was in the belly of a fish. Not good.

I have a friend who says that son will take you where you don’t want to go, keep you longer than you want to stay, and cost you more than you can afford to pay. When we stay in sin, sin tightens its grip on us and makes it harder for us to get away. Consider this: If we never have our sins forgiven, then it will be our sins that will take us to hell — a place where no one wants to go.

The city of Ninevah was infected by sin, but once Jonah proclaimed God’s message, they immediately repented and cried out to God. “Then God saw their works, that they turned from their evil way; and God relented from the disaster that He had said He would bring upon them, and He did not do it ”(Jonah 3:10).

The same can happen for us. Rather than taking pride in our sin or minimizing its impact, we must see the gravity of it and repent as well. When that happens, the chains and bondage of sin can and will be broken through Jesus, our Savior.

1 Now the word of the Lord came to Jonah the son of Amittai, saying,

2 “Arise, go to Nineveh, that great city, and cry out against it; for their wickedness has come up before Me. ”

The Storm at Sea

4 But the Lord sent out a great wind on the sea, and there was a mighty tempest on the sea, so that the ship was about to be broken up.

5 Then the mariners were afraid; and every man cried out to his god, and threw the cargo that was in the ship into the sea, to lighten the load. But Jonah had gone down into the lowest parts of the ship, had lain down, and was fast asleep.

6 So the captain came to him, and said to him, “What do you mean, sleeper? Arise, call on your God; perhaps your God will consider us, so that we may not perish. ”

7 And they said to one another, “Come, let us cast lots, that we may know for whose cause this trouble has come upon us. ” So they cast lots, and the lot fell on Jonah.

8 Then they said to him, “Please tell us! For whose cause is this trouble upon us? What is your occupation? And where do you come from? What is your country? And of what people are you? ”

9 So he said to them, “I am a Hebrew; and I fear the Lordthe God of heaven, who made the sea and the dry land.”

Jonah Thrown into the Sea

10 Then the men were exceedingly afraid, and said to him, “Why have you done this?” For the men knew that he fled from the presence of the Lordbecause he had told them.

11 Then they said to him, “What shall we do to you that the sea may be calm for us?” – for the sea was growing more tempestuous.

12 And he said to them, “Pick me up and throw me into the sea; then the sea will become calm for you. For I know that this great tempest is because of me. ”

13 Nevertheless the men rowed hard to return to land, but they could not, for the sea continued to grow more tempestuous against them.

14 Therefore they cried out to the Lord and said, “We pray, O Lord, please do not let us perish for this man’s life, and do not charge us with innocent blood; for You, O Lordhave done as it pleased You. ”

15 So they picked up Jonah and threw him into the sea, and the sea ceased from her raging.

16 Then the men feared the Lord exceedingly, and offered a sacrifice to the Lord and took vows.

17 Now the Lord had prepared a great fish to swallow Jonah. And Jonah was in the belly of the fish three days and three nights.