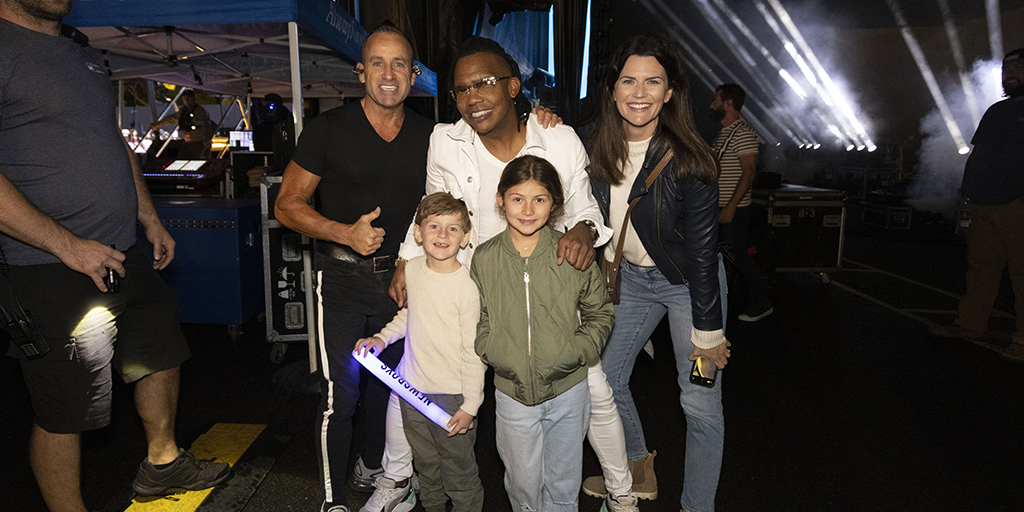 Michael Tait of Newsboys considers himself a “music missionary” who spreads the Gospel through song. His latest effort, “Stand,” encourages Christians to take a “position in a world that is breaking.”

He shared some of the inspiration behind this song and the story of Billy and Ruth Graham in this week’s episode Fearless by Cissie Graham Lynch.

“My dad always said, ‘If you don’t stand up for something, you’ll fall for anything,'” Tait shared with Lynch. When I was a kid, I thought, ‘What are you talking about, Dad?’ But as I got older, I realized that was true. “

He wants to inspire young Christians to go above and beyond. Take a stand.

“God is helping us,” Tait said. “Never give up, even in tired moments. We will endure because God is next to us. He will walk with us. He will hold our hand. He will sustain us. We know this. We have to stay the course. “

But taking a stand is not always easy. It requires dedication, perseverance, and daily living in the truth of God’s Word.

“God is good and God is mercy,” Tait continued. “It does not mean that we will not have problems in our lives, we will not have struggles. The Bible says that if anyone chooses to serve Me, he will suffer persecution. Don’t be afraid of that. Don’t run from it. The fact is that Jesus went through it and overcame it. ”

In many ways, it’s the heart of Newsboys ’new song,“ Stand ”.

I will stand in a world that is breaking
Advocate for the immutable truth ‘
I’m not ashamed, I took the price into account
I will stand here at the foot of the cross
And stop.

When Tait was part of DC Talk, he occasionally shared the stage with Graham during the final years of the Evangelist Crusades, including one of his last events in Charlotte, North Carolina.

Lynch recalled, “Artists would sit on stage while my grandfather preached. I look back at some of those photos where you’re all on stage,… and tears come to my eyes because I see generations and God’s faithfulness through it all. ”

Tait and the rest of his bandmates even had dinner at the Graham House in the Montreat Mountains, North Carolina.

“We had dinner at Billy and Ruth’s house and we had the best time eating and talking,” Tait said.

“Grandma Ruth answers and says, ‘Michael, honey, you know what you guys are doing?’

“She says, ‘You guys pack a pond so Billy can go fishing.’

“And it hit me like a load of bricks. I said, ‘No, no, not Mom Ruth. Not dear. Billy doesn’t need a DC conversation, he’s fine with God alone. ‘”

Always kind, Ruth Graham stood behind what she said.

Sharing the Gospel with others in a culture that denies His existence is not always easy, but as Christians, we are called to take a fearless attitude and not be ashamed of the cross.

Learn more about how you can share your faith.