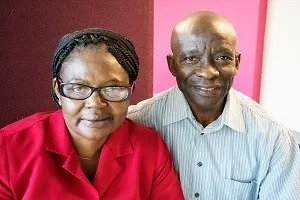 A missionary is a person who is sent to promote Christianity, usually in a foreign country. The organization that sends the missionary expects the missionary to imitate Jesus Christ in all aspects. During his ministry on earth, Jesus Christ preached love and forgiveness to his followers, showed them mercy and compassion, fed them when they were hungry, and healed the sick of their infirmities.

A person who practices a health-related mission or allows us to use the term “medical missionary” is a medically or medically qualified person who is sent to promote Christianity by providing health services. Mission programs in churches or organizations are considered incomplete if health services are lacking. This is an important aspect of the Christian mission, just like the spiritual aspect. In other words, just as Jesus Christ did, Christian mission becomes meaningful when both the physical and spiritual needs of the community involved are met.

Being a missionary is a calling. One must first have a passion for one’s original vocation, then there must be a passion for the Christian mission. Passion for something is the driving force for overcoming difficulties within the bounds of what can be done about that thing.

How did we become missionaries? It all started in the first hospital we worked in, right after my (Emanuel’s) training. It was a Church-affiliated hospital that belonged to the ECWA Evangel Hospital system. The then medical supervisor, who happened to be a missionary, was busy in the operating room. He talked to me between his cases and asked me to come to work the next day, including the documentation of my job offer. There were three other missionaries working at the hospital whose treatment methods and attitudes shaped or shaped me in the hope that I would be like them. We worked together and I learned a lot from them as a junior doctor.

I (Emmanuel) became a missionary eighteen years later. I initially became a person on a mission (PIM) for the General Board of Global Ministries. It happened in Mozambique. I went on a government program to Mozambique and was deployed to work in a rural part of the country. God willing, the hospital where I was assigned to work belonged to the United Methodist Church in Mozambique, but in cooperation with the government. The missionary there went on a hip replacement surgery home in the US; and I was supposed to sit for him.

At the end of the program, the resident bishop offered to keep me as a PIM. Although I never knew what this would lead me to, I was happy to have worked with the mission just as I had in Nigeria. There was a need for my family to move from Nigeria (an English-speaking country) to Mozambique (a Portuguese-speaking country). Four years later I became a missionary back in Mozambique.

A general problem faced by missionaries is the decision to relocate a family. When children are under the age of 18, the mission board will always support non-separation of families. My family moved to Mozambique. It was difficult for them to adapt to the situation. Our children had problems transitioning from an urban to a rural school, a language problem, a particularly difficult task of transitioning from English to Portuguese. Missionary children are usually academically disadvantaged if they continue to move with their missionary parents. We agreed with our children to stop moving with us.

Missionary work is always considered exclusively for the clergy. Apart from the United Methodist Church and related church institutions, it is difficult to understand missionary work in relation to other professions. This can lead to misunderstandings in our work.

A good example and personal experience was when we went for a visa interview to visit the US Embassy. After a few questions and answers, the interviewer said that if you are a missionary and go to the U.S. for missionary work (itinerary, who visits support churches to tell them stories of missionary work at the assignment site), you must apply for a priesthood / religious visa and non-visiting visa. They also wondered why GBGM should sponsor our flight to the US and pay us salaries while we are in the US. That meant we were going to the US to work with a visiting visa. The conclusion was that our visa was denied. It was interesting to note that we had been to the U.S. several times before this incident to visit our churches for support. It can be concluded that this time the devil was at work at the Embassy. It was hard to figure it out.

Yet, despite the difficulties in our work, God has given us the passion to overcome them by God’s grace.

Today’s post was written by dr. Emmanuel Mefor and nurse-midwife Florence Mefor, health missionaries with the United Methodist General Committee of Global Ministries. This post is the first in a two-part series, published with permission from UM & Global, the collaborative blog United Methodists Professor of Mission.