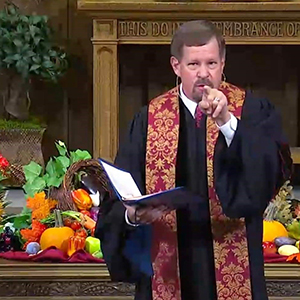 Last Friday we honored Dr. Tim Brewster at a celebration in advance of his coming retirement. I had the opportunity to talk about his college days. . .

Centenary College of Louisiana was founded in 1825, making it the oldest liberal arts college west of the Mississippi River. After an original location in Jackson, it was moved to Shreveport in 1908. The student body has almost always been less than a 1,000… kind of like a small town where everyone knows everyone else. It is located on a 65 acre campus – with an azalea garden and arboretum on one end, and a “Casa Manana Style” Gold Dome on the other end. To this day, you can walk across King’s Highway to Strawn’s Café for the best strawberry pie around. And in the late 1970’s, we could easily go to Pizza King for a late-night fix – or tempt fate at Mama Mia’s on Quarter Beer Night.

It was during this time period that a number of us found our way to Centenary as students. I came from Illinois – Susan Prince came from Arkansas – and Tim Bruster came from Texas; with roots in Carthage, a brief stint in Ohio, and a return to the Ark-La-Tex by way of Shreveport.

Even before college, Tim was being noticed as a youth at First United Methodist Church. Rev. Kent Kilbourne was the Youth Minister, and he led a team of age level directors from the CSCC (the Centenary School of Church Careers). Rev. Betsy Eaves was the 9th & 10th grade director. She had the pleasure of sharing leadership with Tim, who had been elected President of the Middle High Youth. Betsy says he was mature beyond his years and took his role seriously. Sometimes the planning meetings would turn into even more relevant conversations for a 10th grader – such as which girl Tim currently liked, and whether his heart had been recently broken.

When he arrived on campus a few years later, Tim became a part of the Centenary Choir and CSCC. One of the CSCC leaders was Bert Scott, who remembers Tim having a warm smile – a keen mind – and a generous acceptance of others. In both the choir and the CSCC, Tim became intrigued with Susan Prince. At Choir Camp on a lakefront, during a messy game that involved eating watermelon and spitting the seeds, he walked up to Susan and said something like this: “Hey – I’m going to throw you into the water – and by the way, my name’s Tim Brewster. ” When he picked Susan up, she locked her arms around his neck and wouldn’t let go. . .so they both went into the lake together! Their first official date was to El Chico and a movie, and they have been connected ever since. They married even before graduation and lived in a small cottage that was fully furnished for just $ 75.00 a month. And of course they became proud parents of Sarah, Katie and Emily; as Tim was moved to various church appointments during the next decade.

All of us became friends during the CSCC days, and these friendships have continued on. This includes students like Charles Gaby – Rev. Rusty King, who now serves in Allen – Rev. Doug Meyer in Flower Mound – and Tim Holland, who is a distant cousin of Tim Bruster and also is from Carthage. These “Two Tim’s” lived in the same dormitory suite – each dated and married women named Susan – and each enjoyed the serious and playful process of faith development. Tim Holland remembers one particular CSCC retreat at Caney Lake. Late one night in the main building with just a small group of friends – Charles Gaby went to the piano to play “Just As I Am, Without One Plea” – because Tim Bruster had channeled his “Inner Billy Graham” to practice his altar call technique: MY FRIENDS, THE HOLY SPIRIT IS DRAWING YOU NOW – I’M GOING TO ASK YOU TO COME STAND BEFORE THIS PLATFORM – IF YOU’RE WITH FRIENDS OR RELATIVES, THEY’LL WAIT – WE’LL SING AS MANY VERSES AS NECESSARY – YOU JUST GET UP AND COME!

Well Tim… your practice has certainly paid off. For countless people, you have embodied life-giving relationships with Jesus that are loving and authentic. You have done it with integrity and respect, faithful to your calling as a pastor – and faithful to the current nicknames of the Centenary College teams: the Gents and the Ladies. You are a true “gent” and a friend always. Bravo, Dr. B!